Low back pain (LBP) is very common in virtually every society around the globe and is frequently associated with disability. Reports on the prevalence of LBP vary, but the 1-year prevalence appears to range from 22% to 65%.

Episodes of acute LBP generally improve over time and the prognosis is good for the most part. However, numerous studies have shown that many of these patients develop chronic symptoms. One study involving persons 35 to 45 years of age reported that LBP resolved rapidly in only 27% of the subjects who were surveyed and that 40% of them developed persistent symptoms. However, predicting which first-time acute LBP patients will become chronic is difficult. 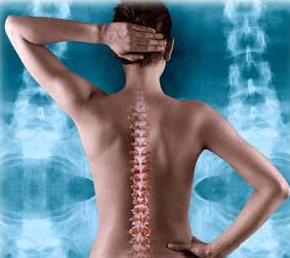 The specific cause of acute LBP is elusive in most cases; thus, it is often referred to as “nonspecific” back pain. In spite of this uncertainty, acute LBP patients have a number of different types of providers to choose from who utilize a variety of interventions. Which intervention will be utilized in a given case is usually based on the background and training of the treating provider.

Spinal manipulation therapy (SMT) is usually provided by Doctors of Chiropractic (DCs), especially in North America, but it is also provided by physical therapists (PTs), Doctors of Osteopathy (DOs) and some medical doctors (MDs). It is still uncertain, but the effects of SMT appear to stem from an amalgamation of mechanical, neurological, and biochemical changes in the structures surrounding the spine.

The current study was an evidence-based review that was part of the North American Spine Society (NASS) Contemporary Concepts series of reviews of contemporary issues in spine care (1). Its purpose was to clarify the role of SMT in the care of acute LBP so that spine care clinicians would be able to become more familiar with current practices.
The literature search produced 699 citations, but only eight were considered to be relevant and 11 were considered possibly relevant. The full-text of these articles was screened for inclusion and ultimately only six were actually deemed eligible and were included in the review.

Articles were excluded for the following reasons:

• duplicate reports were included (n=8),
• less than 20 participants in each study group (n=1),
• one could not discriminate between the effects of multimodal intervention (n=1),
• the studies included subjects with both neck and back pain (n=1),
• no patient-reported outcomes were reported (n=1), and
• none of the subjects had acute LBP (n=1).

Eight more eligible studies were found in two previous systematic reviews, making the grand total 14 studies that were actually included in the review.

The definitions of Spinal Manipulation Therapy that were used in the various studies included:
• high-velocity or low-amplitude manual thrusts pushing the spinal joints slightly beyond their passive range of motion in 6 studies;
• rotational HVLA technique that involved rotating the patient’s thigh and leg in 3 studies;
• HVLA or MOB that did not involve a thrust or pushing the spinal joints beyond their passive range of motion in 2 studies;
• use of an instrument in 1 study;
• MOB in 1 study; and
• the type of SMT was not specified in 1 study.
Spinal Manipulative Thearpy was provided by chiropractors in 5 of the included studies, by physical therapists in 5, osteopaths in 2 and medical doctors in 2. It was not clear in one of the studies what type of provider was involved.

The results of the studies regarding the main outcomes were as follows:

This review should serve to bolster the confidence of practitioners who utilize SMT in the treatment of acute LBP. It concluded that SMT appears to be effective for pain reduction in patients with acute LBP in the short, intermediate, and long term. One-third of the studies reported pain reductions that were greater in the SMT groups than in the control groups.

The degree of pain reduction was considerable after 1 to 2 weeks of treatment, although patients in the comparison (control) groups also noticed a reduction of pain that was almost as large. However, the rate of improvement in pain levels diminished as time progressed.

SMT proved to be superior or equivalent to comparison interventions (e.g., physical modalities, exercise and medical care) that were used in the included studies. When the comparisons were equivalent, the authors suggested that this was likely due to the overall efficacy of other conservative interventions for this condition. The authors suggested that since the differences in efficacy were small, patients with acute LBP or clinicians involved in their care should choose management options based on factors like personal preference and cost.

No harms related to SMT were reported in any of the 5 studies that reported harms. However, reviews of RCTs are not the best way to determine the extent of harms; rather cohort studies are preferred. This is primarily because it is necessary to follow a large group of people who are receiving a particular intervention to reasonably estimate the proportion of attributable harms. Less than 500 subjects were included in the studies that reported harms in this review, so if an adverse event occurred in only 1 in 500 patients, even one may not show up in this small of a sample. In reality, thousands of people would have to be followed in order to get a statistically significant representation. When the intervention is delivered to millions of patients, cases of harm will appear regularly.
A literature search of the MEDLINE database was carried out using the OVID Interface. In addition, the reference lists of two previous systematic reviews on this topic were screened for eligible articles.

In order for an article to be eligible for inclusion in this review, the following eligibility criteria were applied:

• patients were adults with acute LBP (i.e., pain lasting >12 weeks);
• the intervention was SMT or mobilization (MOB);
• a control group was used that did not receive SMT or MOB or allowed for evaluation of the comparative efficacy of different forms of SMT or MOB;
• outcomes that included patient-reported primary outcomes of pain reduction and functional improvement, as well as secondary outcomes of global effect, health-care utilization, and harms;
• the study design was limited to RCTs.
Articles were excluded for the following reasons:
• most of the participants had symptoms for more than 12 weeks,
• the study design did not permit isolating the effects of SMT or MOB;
• SMT was non-force;
• participants had multiple indications, but only combined results were reported;
• studies that had fewer than 20 participants enrolled in each study group; or
• follow-up was less than 1 week after the last intervention.

The methodological quality of the included RCTs was assessed using the tool presented in the 2009 updated method guidelines for systematic reviews in the Cochrane Back Review Group. This assessment determined the probability of bias in the findings of the studies. If a RCT’s score was 6 or higher and it did not have serious flaws it was considered to be of higher methodological quality.

The risk of bias in the included studies was assessed independently by two reviewers. If any conflicts were found between the reviewers, they were resolved by consensus. The authors also assessed the clinical relevance of the RCTs by determining whether the study protocols were in accord with common clinical practice in the use of SMT for acute LBP.

The results of the studies were synthesized for each of the following outcome measures: pain, function, global effect, healthcare utilization, and several others (e.g., Roland-Morris Disability Questionnaire and Oswestry Disability Index). The mean scores of the experimental group that received SMT or MOB were reported as being superior, equal to, or inferior to the control group, using a statistical significance of p<0.05. The duration of follow-up was also taken into consideration, as follows:

Only the MEDLINE database was searched, whereas multiple databases (e.g., Manual Alternative and Natural Therapy System [MANTIS] and Index to Chiropractic Literature [ICL]) are typically searched when looking for information concerning SMT. This is because not all relevant journals are indexed by MEDLINE, so articles published in them might be missed. For instance the peer-reviewed journals Clinical Chiropractic and the Chiropractic Journal of Australia are not indexed in MEDLINE, but are in MANTIS. The authors indicated that they only found one study that was published in a journal not indexed in MEDLINE, but perhaps more would have been located if they had searched additional databases.

The authors pointed out a potential weakness that is present in this and almost every other systematic review, which is that even though reviewers take a systematic and objective approach in carrying out the review, the way the final results are portrayed is subject to partiality. For instance, in the current review the conclusion was that SMT is equally as effective as other commonly used conservative approaches for acute LBP. Assendelft et al (2), on the other hand, considered virtually the same evidence (less 5 RCTs) and concluded that SMT had no statistically or clinically significant advantage over general medical care, analgesic medication, physical therapy, exercises, or back school. Thus, much like a glass of water that may be described as being half full versus half empty, the conclusions of systematic reviews are variable depending on the viewpoint of the authors involved. Unfortunately, some readers only read the conclusions of reviews and, depending on the wording, they would likely perceive the findings much differently than those who read the full paper.

Adequate descriptions of the particular SMT techniques utilized in the various studies were not available to the reviewers; hence not presented in the review. This information would be important for readers to have, considering that there are so many different existing SMT techniques. As a result, this review’s conclusions may not be generalizable to other SMT techniques like lumbar flexion-distraction and pelvic “drop-piece”.

In spite of these limitations, the authors of this article are all accomplished and respected researchers who conducted an excellent systematic review. Their methods were nearly faultless and their conclusions were consistent with the results of the included studies.