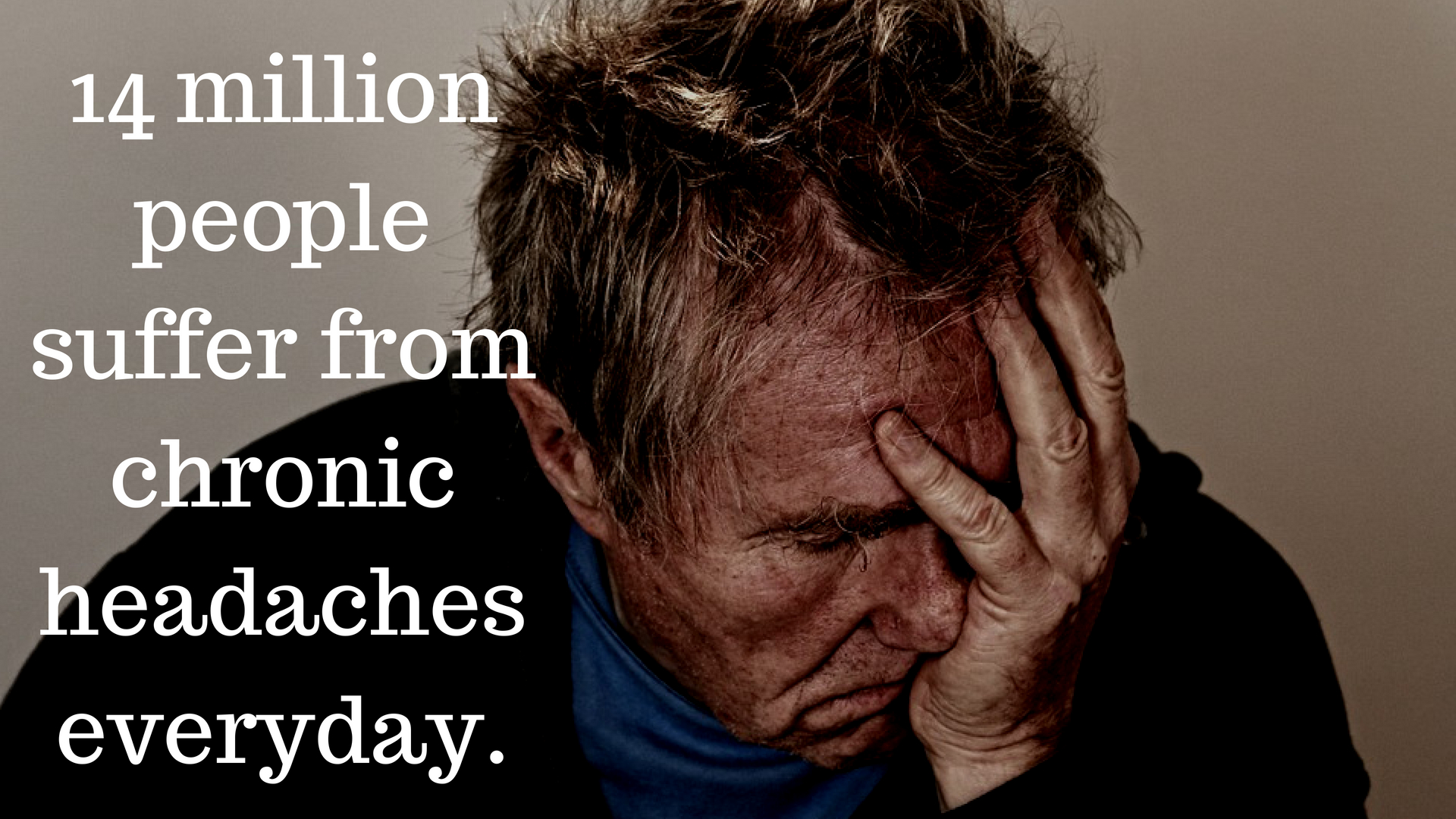 Headaches and Migraines – How We Can Help

Did you know that 80% of headaches are neck related? Sometimes the pain that we feel from headaches and migraines will just go away on its own or with the help of an over-the-counter pain medication. However, there is a better alternative. Read about the different treatment options that we have at Back to Health to tackle the root cause of your problems.

If you have a headache or migraine, you’re not alone – the INDIRECT annual cost for headache in the USA ($19.6 billion) was only slightly less that for back pain ($19.8 billion). Nine out of ten Canadians suffer from headaches. Some are occasional, some frequent, some are dull and throbbing, and some cause debilitating pain and nausea.

There is a common perception that the cause of all headaches is in the head itself, which seems like a logical assumption since that is where the symptoms are. However, there is now a firm base of scientific evidence that suggests many of the most common types of headaches may actually be generated in the muscles, joints, and nerves of the neck.

Not only do these muscles need to move and protect the cervical spine, but they also must control the weight of the head. The head and neck have a unique anatomical relationship in that the larger, heavier head – which weighs about 10 pounds – sits atop the thinner neck. This essentially represents an inverted pendulum where the natural tendency is for the heavier head, which represents the top of the inverted pendulum, to topple over. This places a high demand on the neck muscles to both support and control the weight of the head, while at the same time ensuring adequate movement and stability of the joints of the cervical spine. This complex process requires each muscle to be adequately strong, flexible, and coordinated, and as long as this is the case the neck remains protected and healthy, and will not generate headache symptoms.

How do problems in the neck lead to headaches?

The interesting fact is that muscle and joint dysfunction in the cervical spine has actually been shown to cause headaches through a process known as referred pain. The referred pain phenomenon is a complicated neurological process, but simply stated, referred pain is a process that causes pain to be felt at a location other than where the problem is occurring. Other examples of referred pain can be seen during a heart attack, when pain is felt in the left arm, or with a disc herniation in the low back, which causes pain to be felt down the leg. Scientific studies have shown that when problems in the muscles and joints of the neck occur, they often refer pain to the head, causing symptoms such as ache, throbbing, pressure, burning, even stabbing pain. In many cases there can be some ache or tension in the neck that occur along with the headache symptoms, but in many cases there are no noticeable symptoms in the neck at all. 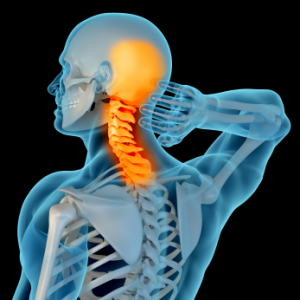 How do problems in the neck occur?

There are many situations that can develop which will affect the health and function on the muscles and joints of the neck. For example, poor or prolonged postural strain that occurs with computer use and many desk jobs, repetitive use with certain sports, muscle imbalances, lack of stretching or strengthening, or previous injury such as car accidents (even minor accidents with little or no injuries that occurred at the time) can all lead to muscle tightness, weakness, and a lack of coordination of the cervical spine muscles – muscles that are critical to maintaining the health and function of the head and neck region.

Over time this strain can develop into what is know as micro-trauma. Simply stated, micro-trauma is very small scale damage that occurs in the muscles, tendons, joint capsules, and ligaments in response to small levels of strain. In many cases this micro-trauma is not painful, but the damage still needs to be repaired. The body responds to micro-trauma in a predictable way – by laying down small amounts of scar tissue to repair the area. Unfortunately over time this scar tissue will build-up and accumulate into what we call adhesions. As these adhesions form they start to affect the normal health and function of the muscles and related joints. In fact, they will often lead to pain, tightness, stiffness, restricted joint motion, and diminished blood flow. This places even further strain on the neck muscles, which in turn leads to even more micro-trauma. Essentially a repetitive strain injury cycle is set-up causing continued adhesion formation and progressive cervical spine dysfunction.

The Nerves and Their Role in Headaches

Although strain of the muscles, tendons, and ligaments themselves can be responsible for tension-type headaches through the referred pain phenomenon, they may also cause headaches if they compress or entrap the nerves that supply the head. As the nerves exit the spinal cord they travel through small openings in the spinal column, then pass through and between the muscles that surround the cervical spine, and continue on to supply distant structures such as muscles, joints, skin, and blood vessels. Many of these nerves travel down the arm (which is why neck problems often cause arm pain) but some of these nerves actually travel up to supply the back, side, and top of the head. Under normal circumstances these nerves should be able to move and slide between the surrounding muscles. However, when the neck muscles become tight and there is an accumulation of scar tissue adhesions in and around the muscles it is common for these adhesions to affect the nerves. In many cases the adhesions can cause the nerves to become “stuck” to the surrounding muscles and other structures. Instead of the nerves easily gliding between the muscles they become stretched and irritated. When nerves become irritated symptoms are usually generated in the area that the nerve travels to – in this case, the head.

Click on each topic to find out about different treatment that we have to help headaches and migraines:

Acupuncture for Headaches and Migraines

Chiropractic Care for Headaches and Migraines

Cranial Adjustments for Headaches and Migraines

Cupping Therapy for Headaches and Migraines

Massage Therapy for Headaches and Migraines

Naturopathic Care for Headaches and Migraines

Nutritional Supplements for Headaches and Migraines

Not sure which of these treatments is right for you? One of the great things about our clinic is that we WORK TOGETHER to help you get back to health and will often recommend a combination of different treatments!

Acuballs are AMAZING to release tension! We’ve created a video explaining how to use an Acuball to relieve headaches/migraines – check it out!