Lyme disease is an ever growing concern in many parts of Canada and the United States. By taking the right precautions and spreading the word, you can effectively protect your family from Lyme. The best way to prevent infection is to avoid tick-infested areas whenever possible. Although ticks favour moist, shaded environments; especially leafy wooded areas and overgrown grassy habitats, they can be found just about anywhere like your backyard, the golf course, and the beach.

1. Wear long pants and long-sleeved shirts. Tuck your pants into your socks to prevent ticks from getting inside your pants.
2. Check your clothes for ticks often. Ticks will climb upwards until they find an area of exposed skin.
3. Wear light colored clothing to make it easier to spot ticks.
4. Walk on pathways or trails when possible staying in the middle. Avoid low-lying brush or long grass.
5. Apply insect repellent to your skin and clothing, especially at the openings such as ankle, wrist and neck.
6. Do a “tick check” on yourself, your family members and your pets.

If You Are Bitten By a Tick

1. Remove the tick following these instructions: Using a pair of fine pointed tweezers, and a steady hand, grasp the mouthparts of the tick, NOT the body of the tick, and slowly pull the tick straight out. Do not twist as you are pulling the tick out as you don’t want to leave the mouth parts behind. 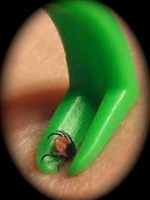 2. After a tick has been removed, it’s important to wash the bite site using soap and water, followed with an antiseptic. Over-the-counter antiseptic medications are available at any pharmacy.

3. Save the tick. Please it in a jar or plastic container with a lid. Take it with you to your Medical Doctor and ask for the tick to be tested for possible Lyme Disease.

4. See your medical doctor as soon as possible! Ask for antibiotic, the preferred regimen for:
a) Adults, is 100–200 mg of doxycycline, twice daily for 6 weeks.
b) Children, amoxicillin at 50mg/kg/day divided into 3 doses for 6 weeks, is the preferred dosage.

“Clinicians should not use a single 200 mg dose of doxycycline for Lyme disease prophylaxis. The medical doctor are versed to currently give only 1-2 days of antibiotics for a tick bite which is not enough! Clinicians should promptly offer antibiotic prophylaxis for known Ixodes tick bites in which there is evidence of tick feeding, regardless of the degree of tick engorgement or the infection rate in the local tick population.” (Advanced Topics on Lyme disease, Dr. Joseph Burrascano)

5. If you develop a rash at the site of the bite, take a picture of it and take this with you to the doctor. Most people do not develop a rash even though they may be infected, and most rashes do not look like the classic bull’s eye rash. If you do develop a rash, this is confirmation that you have been exposed to Lyme disease.

Lyme Disease is a multi-system disease which can affect virtually every tissue and every organ of the human body. It is a disease which can be mild to some, and devastating to others. It can cripple and disable, or fog your mind. It can affect men, women, and children, and even your family dog. You may test negative for the disease, and still have it, or test positive and be symptom free. Some will get symptoms within days of a tick bite (flu like symptoms, fever, swollen lymph nodes, fatigue, etc.), while others may have it for years before they are even diagnosed. Some Lyme patients are told they have fibromyalgia, chronic fatigue syndrome, Multiple Sclerosis, or some other disease of unknown origin.

Lyme disease is caused by a spiral shaped bacterium (think of the cork screw on a wine opener when you envision this bacteria) known as a spirochete. Diseases that are caused by spirochetes are notorious for being relapsing in nature, difficult to detect, and great imitators of other diseases. Syphilis, Tick-Borne Relapsing Fever, and Leptospirosis are other examples of spirochetal diseases. Lyme disease is caused by a bacteria called Borrelia burgdorferi, named after the man who isolated it from a Deer Tick in 1981, Dr. Willy Burgdorfer.

The sooner treatment begins after a bite by an infected tick the better! Ticks live in dirt and consume blood from a number of animals that can carry multiple disease causing organisms. Ticks are known to be infected with pathogens that can spread through the body quickly and cause a variety of mild to life-threatening symptoms. 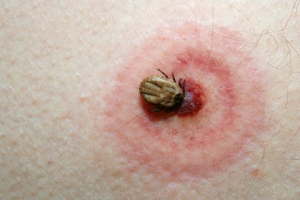 Forget the old “wait and see if you get sick” theory, treat the bite!

Once tick borne organisms become entrenched in your body it is more draining on your health trying to get rid of them, if you can. Don’t waste your money on blood tests immediately after a tick bite! The tests for Lyme disease have been proven to miss 75% (or more) of people who are infected, and nearly everyone will test negative within the first 1-3 weeks after a tick bite (barring prior exposure).

As little as four hours or less, of attachment can transmit pathogens. The risk of transmission is greater if the tick is engorged, or of it was removed improperly allowing the tick’s contents to spill into the bite wound.

Lyme disease is a growing concern amidst the population and involves chronic complications due to persistent bacteria known as Borrelia burgdorferi. This is most commonly transmitted through a tick bite, especially in wooded areas. Symptoms may begin with skin changes or a “bulls-eye” rash (which is not always present) and are often followed by flu-like illness including fever, chills, fatigue, headaches, swollen lymph nodes, joint and muscle pain. If the disease is not detected and treated early it can lead to chronic skin, heart, and nervous system issues on top of the other symptoms previously listed.

Back to Health offers a blood test (IGeneX) analysed by a specialized lab in California which focuses primarily on Lyme Disease assessment.

IGeneX, Inc. offers the CD57* test and Chlamydophila pneumoniae IgG* and IgA* ELISA tests as part of a testing menu for chronic diseases. The CD57 test measures CD57 killer cells in patients’ EDTA whole blood samples. The CD57 killer cell count can be very low in patients with chronic diseases. Therefore, for patients with a low CD57 count, Lyme disease and C. pneumoniae infection should be included in differential diagnosis. C. pneumoniae can cause acute respiratory disease, but it can also persist in some patients with chronic respiratory conditions and cardiovascular disease.
Please book an appointment with our Naturopathic Doctor if you suspect that you may have Lyme Disease and/or would like to discuss possible testing.

Why is it so hard to test for Lyme disease? Due to these reasons:

1. The bacteria that causes Lyme Disease often does not reside in the blood, but rather in tissues, organs, the nervous system, and in collagen and joints, which makes it very difficult to isolate during a PCR blood test (polymerase chain reaction).
2. The vast majority of blood tests currently do not actually test for the Lyme disease bacteria itself, but rather the body’s immune response to it. Because of the nature of Lyme disease and its ability to depress the immune system, we have found that the sicker the patient is, the less likely they are to return a positive result, as their body has not been able to mount a strong immune defense against the Lyme disease bacteria.
3. There are many different strains of Lyme disease all around the world. Currently there are 14 known Geno species of Borrelia Burgdorferi senso lato (the bacteria that causes Lyme Disease), with more being discovered every year – the Western Blot blood test, tests for 2 of these strains.
4. Due to medical politics in the USA (which affects patients in Canada), it is difficult to interpret Lyme disease testing based on laboratory reporting. This is because the Infectious Diseases Society of America (IDSA) has recommended that Lyme disease testing follow a two tier testing procedure, that firstly tests patients using an ELISA test, and if this is positive, that it then be further confirmed via a Western Blot blood test. The problem with this is that the ELISA is insufficiently sensitive to test for Lyme disease [Trevejo R, JID 1999; 179:931–8.] and many infected patients don’t get referred on for the Western Blot test. Also, the US Centre for Disease Control (CDC) has stipulated that certain “bands” in the Western Blot test must be positive in order for a Lyme test to be declared positive – the problem is that these bands were chosen for statistical, rather than diagnostic criteria. For example, the most specific bands for Lyme Disease (bands 31 and 34) were excluded from the CDC criteria because they were used to create the Lyme Disease vaccine (which is no longer available), thus eliminating valuable testing data. If you have not received the Lyme Disease Vaccine and you test positive (“+”) or indeterminate (“IND”) to bands 31 and 34, you probably have Lyme disease. The CDC testing criteria actually includes a number of bands which are not specific to Lyme disease, which increases the chances of false negative, but only if the CDC criteria for test reporting is used.

When should I test for Lyme disease?

Link to “Under Our Skin” Documentary:

“Ticked Off, the Mystery of Lyme Disease in Canada” Documentary:

The kit comes in its own self-contained 6′ x 4′ sturdy nylon zipped pouch to fit in your first aid kit, backpack, purse, or glovebox. Properly removing a tick can prevent infection. Improper removal of a tick increases your risk of infection. Kits retail for $15.00 each including tax and shipping in Canada. Outside Canada, shipping is extra.
1. To order on line visit: http://canlyme.com/2015/06/03/tick-removal-kit-to-purchase-from-canlyme/ 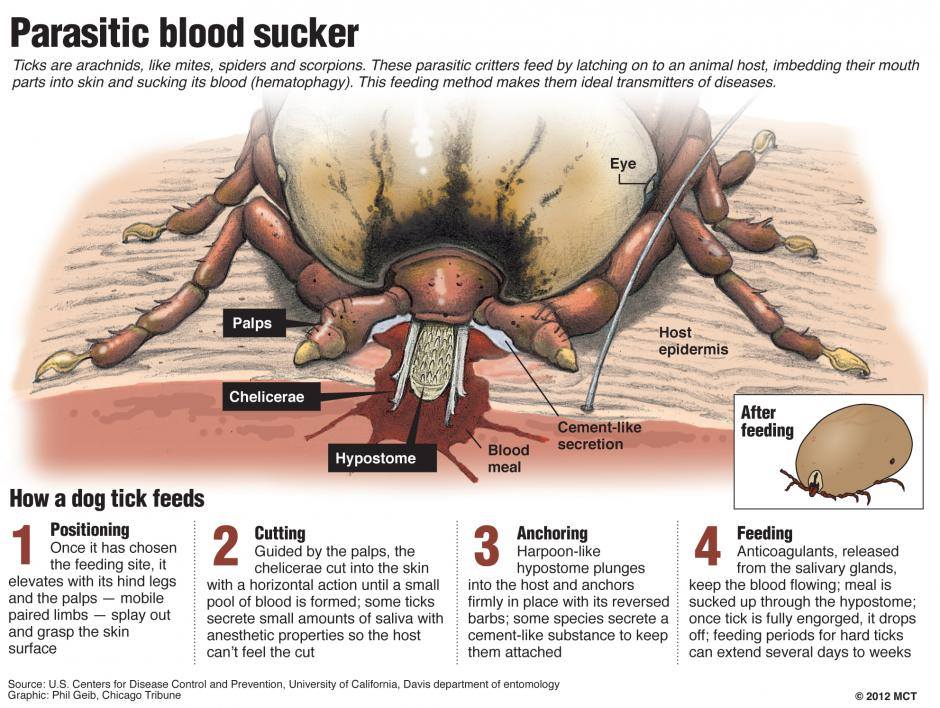