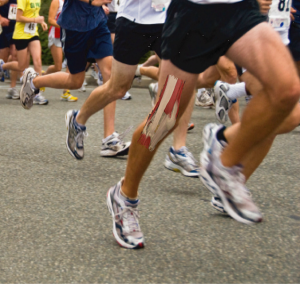 I developed a nasty case of tennis elbow after a busy weekend of skiing and playing shinny hockey (a sport I had never played in my life but why not now)? After about three weekends during which I could hardly lift my coffee cup, let alone do any chores around the house and forget strength training in my aerobics classes, I decided that it was time to seek help.

Dr. Rodwin was very thorough in her assessment and suggested that I try Active Release Technique. Apparently, my arm and shoulder muscles were quite tight and there was plenty of scar tissue there, which probably led to the stress on the ligaments at the elbow.

Initially, I found the Active Release Technique treatments somewhat uncomfortable, and I did experience some tenderness afterward, but Dr. Rodwin was always careful not to give me more than I could tolerate. Within weeks my elbow pain started to go away. Before I knew it, my coffee cup was not a painful lift and I began to resume strength training in my fitness classes.

For several years, though I am quite physically active, I have suffered from muscle pain and muscle spasms that were actually quite extraordinary for a person at my fitness level. I had complained to my doctors many times about it, but to no avail. My potassium levels were normal and no one could figure it out (I wondered if anyone really cared, as I did continue with my active lifestyle in spite of the discomfort and pain). It was becoming impossible to stretch many of my muscles because of tightness and/or cramping. The result of not being able to stretch made the muscles even tighter which was causing more pain in my back and other joints as well. I was afraid that I had some serious illness.
The ART treatments in the lower body were somewhat uncomfortable at the beginning and I did experience bruising which Dr. Rodwin had mentioned was a possibility. She was always accommodating when the bruises were too sore for a treatment. But, the payoff was huge!
I had not had a good run in five years: my left leg had ached every step of the way to the point of my foot dropping and causing me to trip. The pain and foot drop have disappeared! I actually look forward to my runs now, where I was about to give up running completely. I can get out of bed in the morning almost pain free! I can stretch! I had almost given up some of these activities because they weren’t fun anymore. Now, I’m back and feeling great!

Learn more about our newsletter

×
The information you enter here will be sent directly to the recipient. It is not stored on this sites database. Read more in our Privacy Policy
SEND