View cart “L-Glutamine Powder” has been added to your cart. 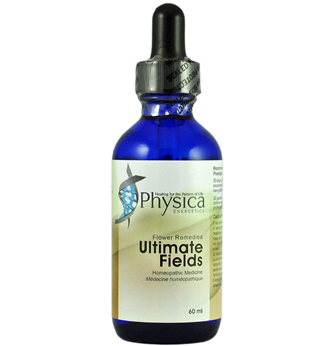 Ultimate Flowers are homeopathic, spagyric preparations in a 60 mL cobalt blue bottle (protects the remedy) of the emotional flower remedies that were initially attributed to Dr Bach. These quasi-nosodes are all in the 30C potency and were designed specifically to be custom potentized or custom grafted. EAV practitioners can find the specific flower remedy in their instruments and imprint the frequency(s) into the Ultimate Flowers thereby fully customising an emotional remedy for the patient without having to give the patient several different remedy bottles. Other practitioners may wish to “graft” from a flower or essence remedy (3 drops) into the Ultimate Fields to accomplish a somewhat similar purpose. For example “graft” 3 drops of Cerato, Holly and Cherry Plum into the Ultimate Fields.

Note: Pineal 6C and Thymus 6C sarcodes have been added to the Ultimate Fields and Ultimate Rescue. The pineal gland is the focal point for the endocrine system through which the Vital Force specifically differentiates and the thymus gland represents the subconscious access and pathways. ATP 5X is present for homeopathic empowerment factors/Krebs cycle.

Ultimate Fields is complementary to all healing strategies, and especially in combination with Ultimate Rescue

The link between emotions and physical illness has been known for over 2000 years. The oldest literature linking emotions and illness dates back to the Greek physician Galen (129-200 AD), who noted that women suffering from melancholy were more susceptible to Cancer. Writings from the early 18th and 19th century show links between the emotions of grief, frustration and misery and the development of cancerous tumors. Hans Seyle, twentieth century father of the General Adaptation Syndrome, coined the term “Diseases of Adaptation” to describe conditions which result from prolonged exposure to “stress”.

The nervous system, endocrine system and immune system are all involved in the biological stress response. Research has found that emotions such as anger, worry, fear and feelings of helplessness or despair can elicit a biological stress response similar to the fight-or-flight response. While this response is indispensable in times of imminent danger, enabling the body to respond appropriately to deal with the stressor, in today’s society, where most stressors are more emotional in nature, the fight-or-flight response is neither useful nor appropriate. Stress leads to the disruption of the body’s homeostasis and chronic disturbances of homeostasis ultimately lead to dysfunction and disease.

Autoimmune diseases, Arthritis, Chronic Fatigue, Cancer, etc. have all been linked to strong emotions, such as anger, frustration, despair and helplessness. It is thus apparent that any therapies able to assist the body in dealing with these emotions would play a role both prophylactically and as an adjunct to any form of treatment for such diseases.

Ultimate Fields is a powerful Spagyric blend of the emotional flower remedies that were initially attributed to Dr. Edward Bach. The subtle vibrational energies of the flower essences assist in realigning the emotional patterns of dysfunction, thus facilitating the return of physical and mental vitality. The combination of 38 Flowers in one bottle provides broad spectrum emotional support, allowing the body, in its wisdom, to select the frequencies that are required at each stage of the healing process.

Ultimate Fields was designed specifically to be custom potentized (imprinted) or custom grafted with Bach flowers, Australian Bush Flowers, Perelandra, Emvita, Chakras, etc. and other psychological/emotional “interventions” allowing for a completely customized emotional remedy designed for the patient all conveniently contained in just one bottle.

Be the first to review “Ultimate Fields” Cancel reply